There are more than 20 enterprises engaged in milk processing in Minsk region.

Slutsk Cheese-Making Plant JSC is one of the largest enterprises not only in the central region, but also throughout the Republic, which is able to provide the whole country and numerous export partners with diverse high-quality milk products.

Production capacities of Slutsk Cheese-Making Plant JSC allow for the production per day of up to:

A small creamery has been put into operation. An estimated capacity of the enterprise has totaled to 2000 tons of milk per annum.

The level of milk processing reached 8000 tons per year. The number of employees was 70 people.

The construction of a new cheese-making plant was started, which already in 1981 was commissioned as a highly productive dairy processing enterprise of the state scale.

The modernization of the cheese-making shop. A new DAMROW line for the production of hard rennet cheeses with a capacity of 300 tons per day for milk has been installed.

A drying unit with a capacity of 1400 kg of evaporated moisture per hour was commissioned to obtain skimmed milk powder and dry whey.

Another 5 dairy enterprises of the Minsk region were joined and became part of the Slutsk Cheese-Making Combine OJSC.
The number of employees of the plant exceeded 3500 people. And the level of milk processing reached 1800 tons per day.

A new line for the production of ice cream has been commissioned.
It was decided to create a new TM "Komplimilk". The philosophy of the brand sounds - dairy products, worthy of compliments!

The own mini-CHP of the enterprise was commissioned, consisting of 5 clusters of microturbines and 4 waste heat boilers. Due to the combustion of natural gas, heat and electric energy is generated, which goes to the needs of the enterprise.

A new cheese-making line has been commissioned to produce semi-hard cheeses with a capacity of 25 tons of cheese per day. Together with the cheese-making line, two pasteurisation-cooling plants and a line for packing cheese in shrink bags were put.

A separator cream separator of the type MLS 270D-PG with a self-discharging capacity for the degreasing of warm milk of 25,000 liters of milk per hour has been successfully acquired. The introduction of this piece of equipment has significantly improved the quality of the butter produced by the company.

Modernization and technical re-equipment of the curd shop at the Kletsk branch of OJSC Slutsk Cheese-Making Plant. That allowed to increase the production capacity of the workshop up to 9 tons / shift of cottage cheese and curd products.

Today OJSC «Slutsk cheese-making plant» is a universal company uniting 5 production sites. The company employs the company has 3764 employees and processes up to 2000 tons of milk per day.

Our mission is to take care of our consumers’ health and well-being, while retaining to the utmost the good of milk.

Our company’s activity is based on the responsibility for:

All company’s production activities conform to the requirements of the environmental quality standard ISO 14001. 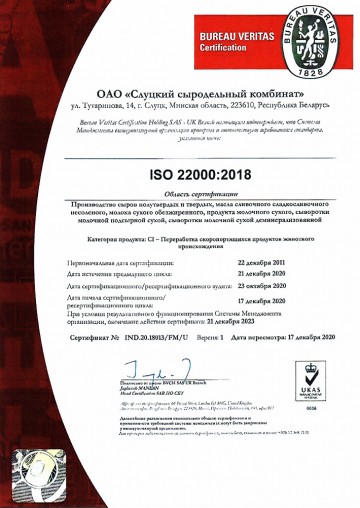 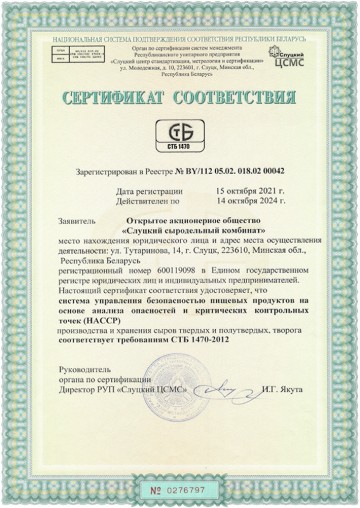 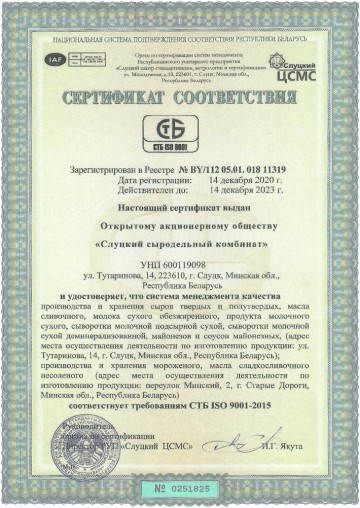 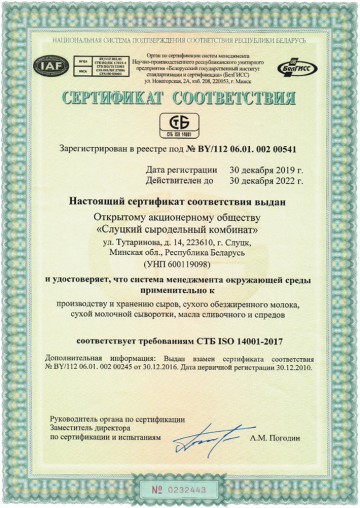 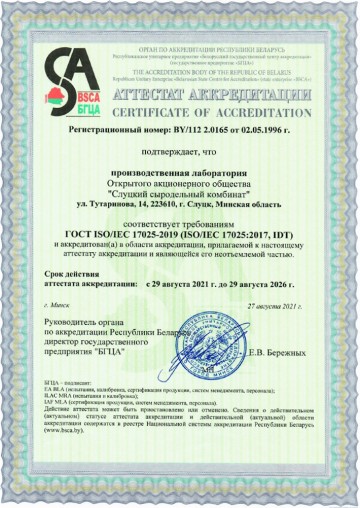 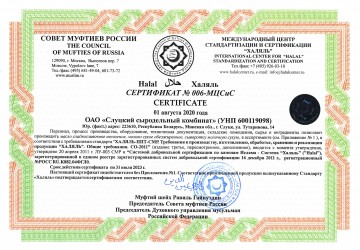 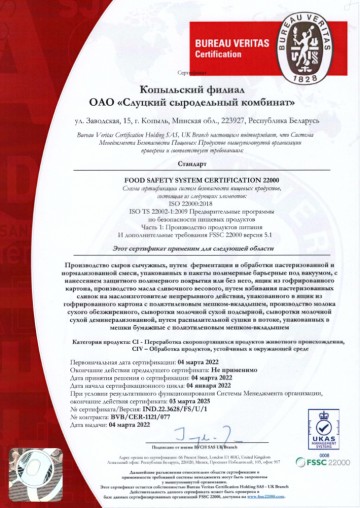